supply C2H4 Gas Purity: 99.5% or 99.95%
Ethylene C2H4 Gas
Cylinder: 40-50L,Valve: According to customer need
Produced by passing ethyl alcohol vapours over dehydrating catalysts at 360-470 °C.
Be produced by the pyrolysis of ethane.

Ethylene is produced by passing ethyl alcohol vapours over dehydrating catalysts at 360-470 °C. It may also be produced by the pyrolysis of ethane.
Cracking of petroleum is another source.

Ethylene C2H4 gas suppliers use as a component in calibration gases for the automotive, gas, oil as well
as chemical industry. 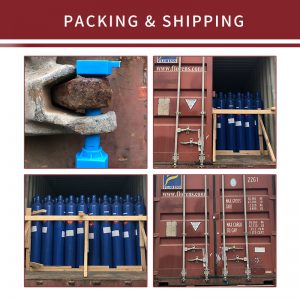 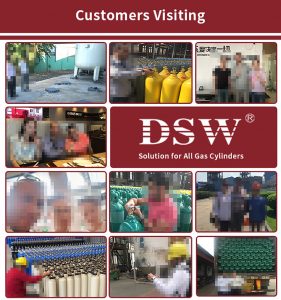 Ethylene may be employed for welding and cutting, but is not used for this purpose industrially.
Ethylene C2h4 gas supplied in cylinders is used for controlled ripening of fruit, especially bananas.
A concentration of a few ppm in the warehouse atmosphere is used.
Because of flammability considerations,
it is strongly recommended to use a mixture of ethene in nitrogen in this application
Ethylene has also been used in agriculture to promote crop growth:
in this case the gas is injected directly into the soil.
Ethylene is still used as an anaesthetic (in the US) by C2H4 gas suppliers.
It is used as a refrigerant especially in the petrochemical industry. It has the ASHRAE number R-1150.

DSW Gas is an environmental intensive integrated gas supplier specializing in gas research and
development, production, sales, and service.
Founded in 1999, DSW has more than 100 kinds of products in three categories: special gas, bulk gas,
and LNG, providing comprehensive and systematic gas solutions for more than 5000 clients, exporting to
Thailand, Vietnam, Malaysia, and other countries.